Hey, buddies! We’re back with another BLits 4th Anniversary Update, with news about the new products we promised earlier in the month, as well as translations for Camp Buddy! Please make sure you read the full post for complete details!

In our original announcement, we discussed that we would be researching and seeking translations into six different languages – since then, we’ve done tons of research and learned a great deal about translations. Because of this, we have decided to pursue two languages at the start of this endeavor – our main reasoning for this is in regards to both budget and management effort, as maintaining and affording six translations at the same time is currently impractical for us, as we are still a small group of developers and wish to focus on new works as well, like the Camp Buddy Scoutmaster Routes!

The first two languages that we’ve chosen to pursue are Spanish and Portuguese! We have already hired a team of three Spanish Translators, and they’ve even begun the process of translating the game into Spanish! We’ll have more updates about these two languages as time goes on, and we hope to have the full translation available for everyone as soon as possible!

As for the French, German, Chinese and Japanese translations, we are currently placing them on hold and, assuming the Spanish and Portuguese translations are successful, we will pursue them once the first two have been completed. For those of you who applied for a position in one of these languages, we will keep your application open and available for when we are ready to engage with that particular language! We understand this wait can be frustrating, and that not everyone who applied will be able to work with us at a later time – if you would like to cancel your application, please send us an email to [email protected], and we’ll remove you from the list! If we don’t hear from you, we’ll keep your application on file for the future when we pursue said languages!

In addition, we are going to be closing the application page on the site for now. When we are ready to pursue additional languages, we may open this page back up if we need more applicants!

We also want to take a moment to introduce the translation team to you all – they’re working hard, and deserve recognition for all they do!

At the beginning of the month with our 4th Anniversary update, we wanted to tell you all about new products coming to our store, today and in the future! As of this posting, we’ve added a new digital product to the store – the Body Pillow Digital Art Collection!* This collection features features six of the body pillow artworks released on Mikkoukun’s Patreon over the last year, bundled together for your convenience! You can get it right now, here in the store: 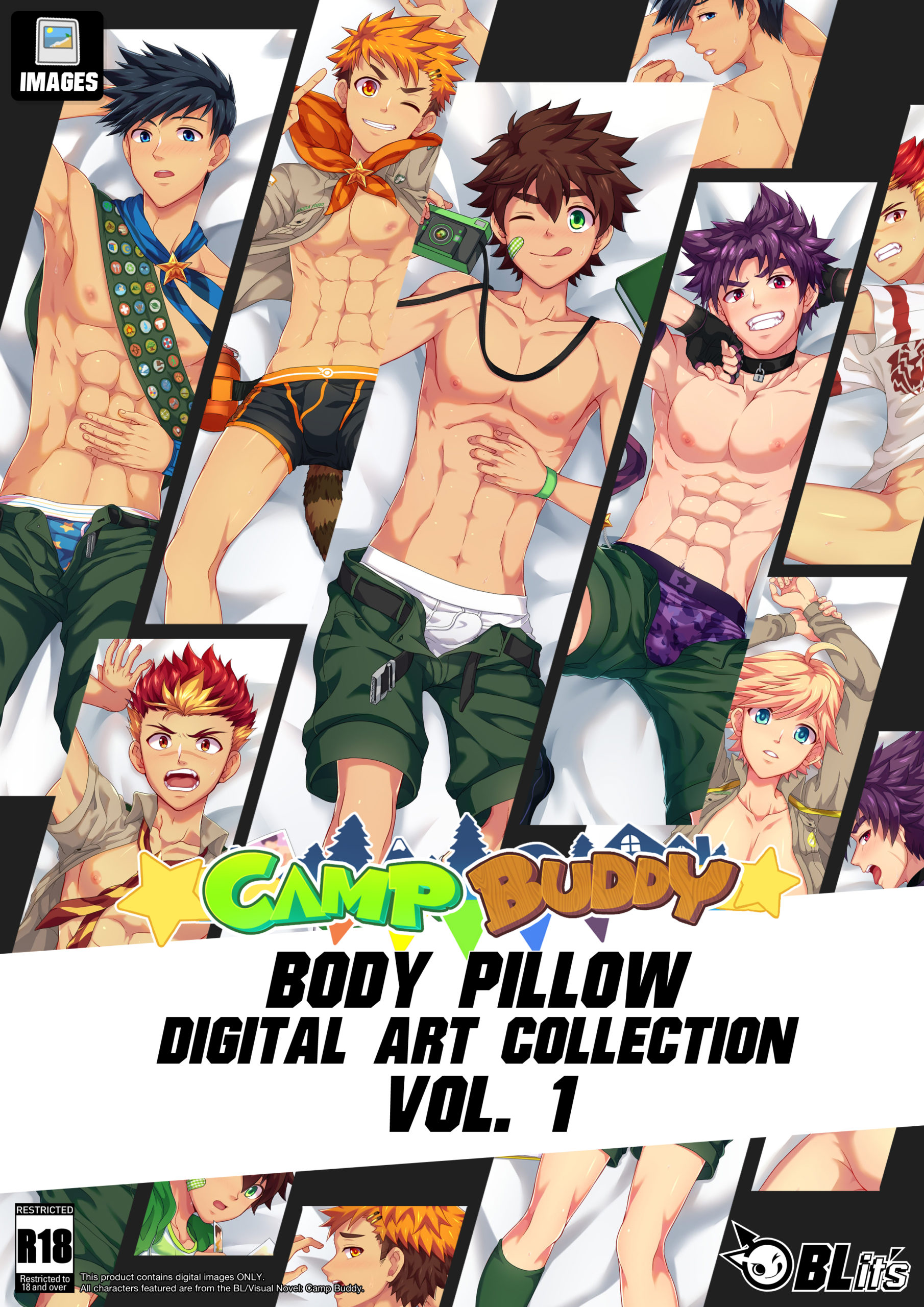 But that’s not all!  We’ve continued our work into physical merchandise, and are happy announce that Camp Buddy Art Prints will be coming to our store very soon! Soon you can have your very own Camp Buddy Print or Poster featuring your favorite characters, either in some iconic Camp Buddy Game scenes, or even Patreon Rewards! We’re still working out the details of this new merchandise, so it’s not available just yet, but we’ll let everyone know as soon as it’s released, along with a full update about shipping, and new FAQ additions as well.

Note: Images above are sample prints only. More details about art prints/posters will be announced on the launch!

P.S: Please note that the Body Pillow Digital Art Collection contains images ONLY. These images are also not intended for print purposes.

Lastly, we wanted to let everyone know that we’re still working on the Camp Buddy Scoutmaster Routes! Everyone can expect a development update next month on November 2020, with lots more information on the progress so far! Please stay tuned, buddies!

That’s all for this update, and we’re almost done with our 4th Anniversary events! The Camp Buddy Four Seasons Art Contest is still ongoing until next Wednesday, October 28th 2020 at 12:00 PM EST, so please make sure and submit your entry before then! We’ll post our final 4th Anniversary Update with the results for the contest shortly after, on October 30th!

Thank you as always for your support buddies, and we hope you enjoyed all these events! We’re excited to share more news with you in the future, and please let us know in the comments if you have any questions!

Are you still hiring Portuguese Translators?

I’m super excited to get poster of yoichi.

Still super duper sparkle mega giga terra hyper alpha beta omega omni looking forward to the physical journal as much as the body pillow of my husbando Yoichi I purchased already. Still need to purchase the standard Yoichi case so I can alternate with the uncensored one I purchased first ?

Hello! As of right now, our resources allow to process two translations at a time! We’ll look into a Korean translation in the future!

how will i be able to update it will i have to rebuy it?

As of now, we have not determined yet. We will post future updates regarding this!

why the most games developers dont want to add polish language i Dont understand it. Poland Has a very big gaming community. Thats unfair!

Hello, Michal! Thank you for your suggestion, as of right now, our resources allow to process two translations at a time. We’ll look into a Polish translation in the future!

Thank you for patiently waiting! We’re working on it and we’ll definitely post a development update by November 2020!

Hello! As of right now, our resources allow to process two translations at a time! We’ll look into a Korean translation in the future!

Yes I want to Korean too…

Is the portuguese translators still being chosen?