Hey, buddies! Today marks the two-year anniversary of the release of Camp Buddy, BLits’ first full-length game! It’s been an amazing journey, and we’ve made tons of awesome updates to the game since then, from the Taiga Route DLC in November 2019, to the Final Patch back in June of this year! To celebrate the anniversary of Camp Buddy this year, we’ll be giving everyone a huge update on the Camp Buddy Scoutmaster Routes, as well as a giveaway event! Please make sure and read the post below for full details!

Like we promised at the end of our fourth anniversary updates last month, we’re back with an update about the Camp Buddy Scoutmaster Routes’ development! It’s been a while since our last update regarding this new game in the Camp Buddy universe, but we have lots of exciting new things to share with everyone!

First off, we’re excited to announce the new title of the Camp Buddy Scoutmaster Routes – the game will officially be called Camp Buddy: Scoutmasters’ Season from here on out! As you can probably guess from the title, Camp Buddy: Scoutmaster’s Season will take place after the events of Camp Buddy, in the “Off Season” months when the camp is empty of scouts, during autumn and winter! Considering the change in weather around the camp, as well as the new theme of the game focused around Yoshinori and the other Scoutmasters instead of Keitaro and his friends, we also thought that the logo needed updating! You can check out a sketch of it below:

It’s quite the different look from the original Camp Buddy logo! However, just like the first logo, this one is chocked full of details, from the autumn and winter vibes, to some very special locations for our new main characters… we won’t say any more about this for now, but you can look forward to knowing more once the game is released!

**Please note that this logo may be subject to change in the final product..**

We are also happy to announce that the storyboard for the first arc of the game has been completed! Just like Camp Buddy, Scoutmasters Season will feature a full beginning arc as well as two character-specific arcs for the pursuable characters, Aiden Flynn and Goro Nomoru. There will also be an overarching story present in the whole game, exploring how the Camp is getting ready for the next year, and the changes taking place for both it and the characters.

In addition to completing the storyboard for the first arc of the game, we have also completed a plot overview of the whole story. We are still working on the storyboards for Aiden and Goro’s character arcs, but will be focusing on the full development of the first arc for the time being! 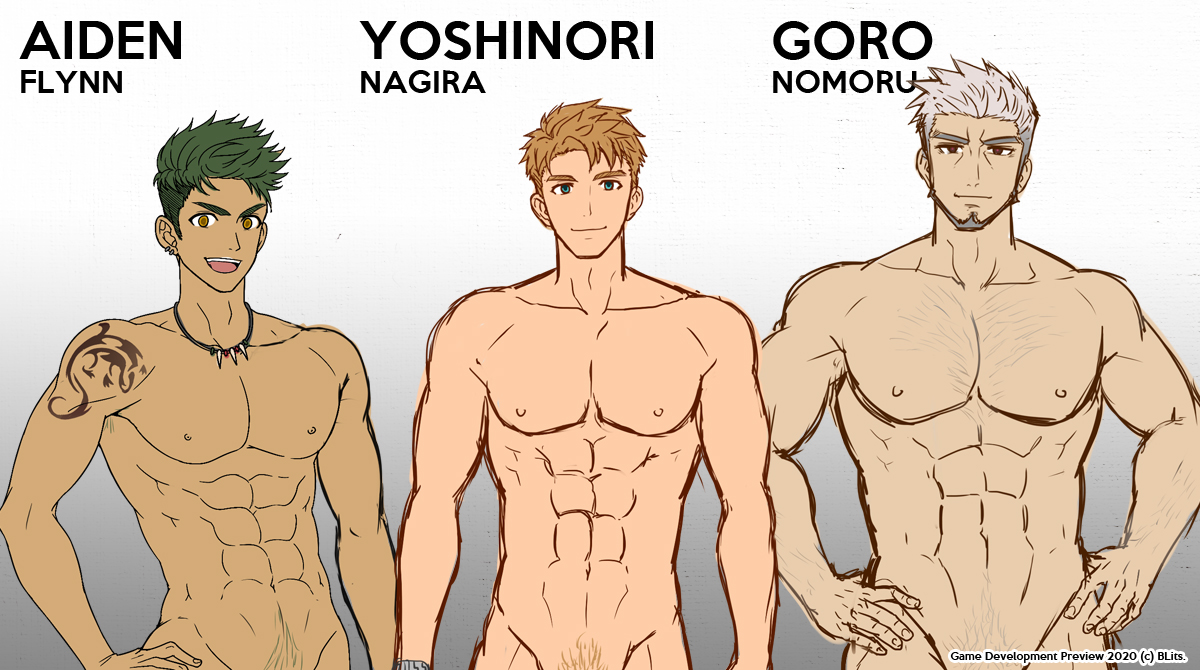 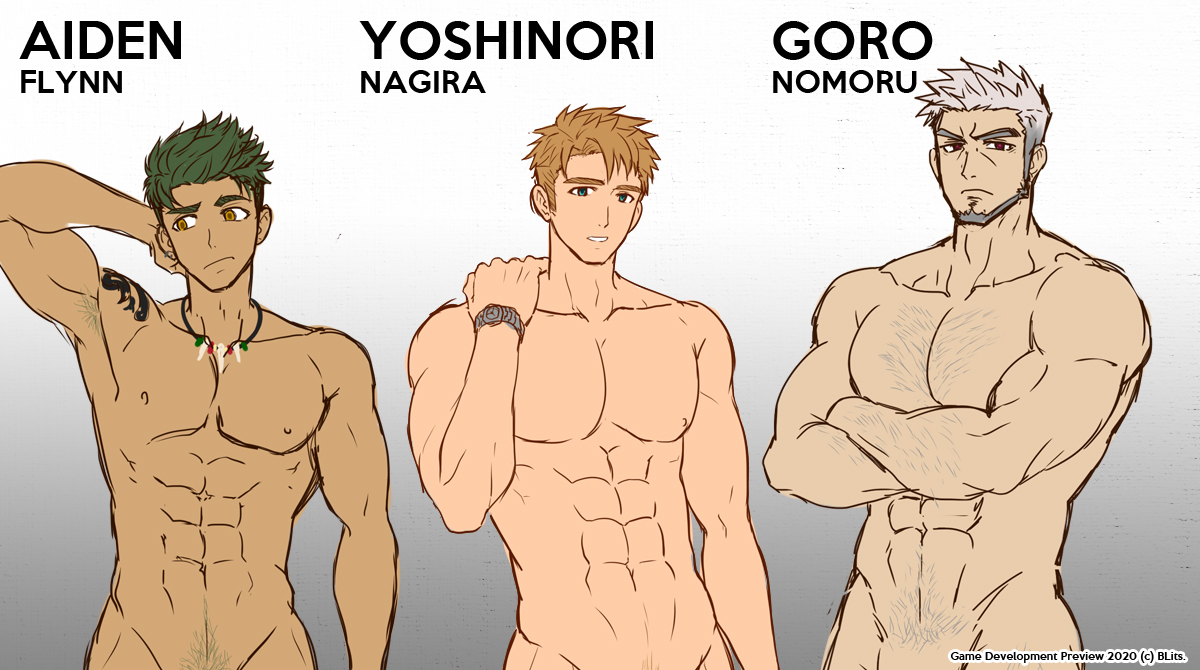 The poses aren’t the only thing that’s changed – there’s also going to be brand new outfits for all the characters, befitting the change in seasons! These outfits are still in their draft format, and use the original Camp Buddy sprites, but will be adjusted for the new poses once they are finalized: 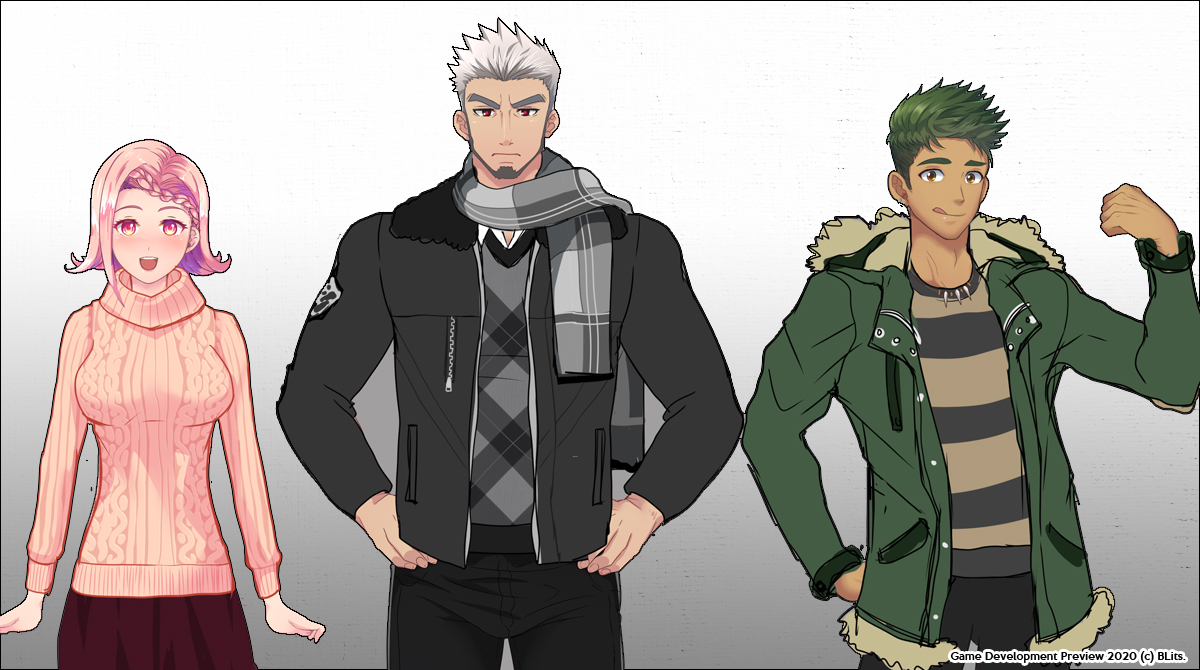 In addition to these updates, there will, of course, be some new characters joining the Camp Buddy cast! We won’t say anything about them for now, but here’s a little teaser… 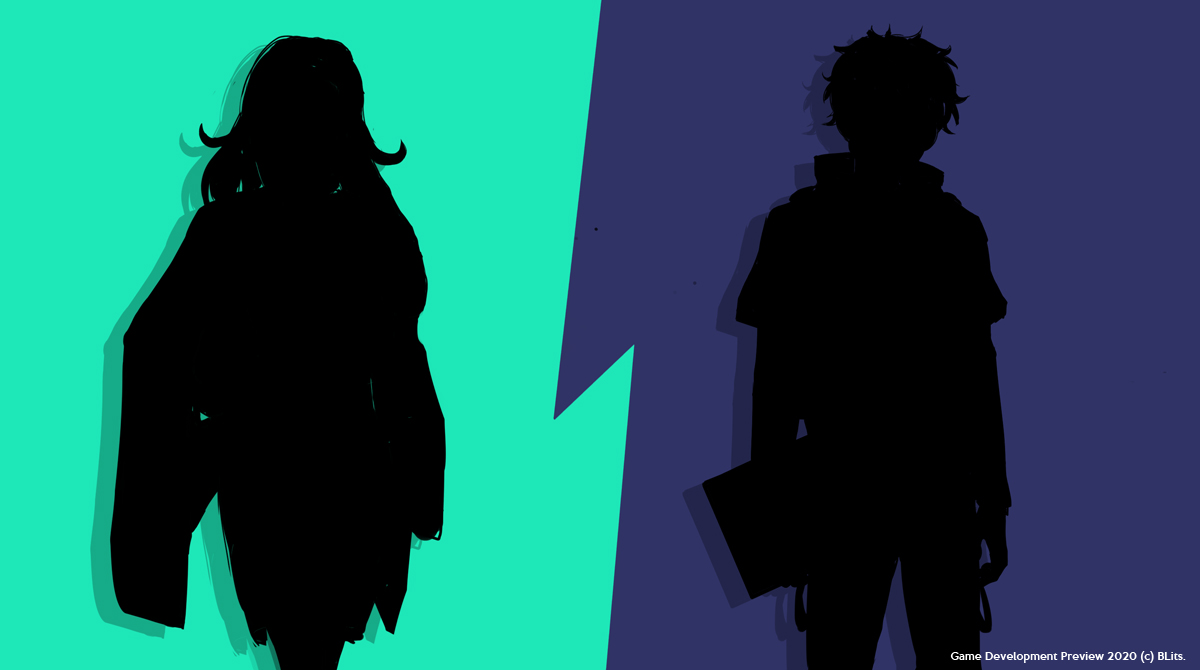 **Note: Sketch & design previews may be subject to change in the final product.**

We know that everyone is super excited to get their hands on this new game in the Camp Buddy universe, and we’re working hard as always to make sure we deliver the best quality! We are happy to announce that we will be releasing a free demo for Scoutmasters’ Season this December 2020! We will have more details on the release date of the demo later, so please stay tuned, buddies!

Last year, we sponsored a giveaway on Twitter where you, the fans, told us about your favorite moment in Camp Buddy and what it meant to you! This year, we’ll be holding another giveaway with a slightly different theme – favorite character!

Just reply to the tweet below with your favorite Camp Buddy character, why you love them, and add the character’s name in a hashtag as well as #campbuddy #campbuddy2ndanniv!

Raffle Prize – One Patreon Image Set of your choice.

Make sure you join in on the contest, buddies! We’re so excited to read everyone’s responses!

We hope that everyone enjoyed all of this exciting news about Camp Buddy: Scoutmasters’ Season, as well as the giveaway contest! We also want to thank everyone from the bottom of our hearts for all of their love and support, and for making Camp Buddy so successful these last two years! We can’t wait to show everyone more, and we hope everyone is excited for the future!

As always, we’ll be back with more new and exciting news soon, and thank you again for taking the time to read our update!

Since Naoto is a scoutmasters as well, I wish we could play his route in some update <3

Here is a great Weblog You may Uncover Exciting that we encourage you to visit.

Very few websites that come about to be comprehensive beneath, from our point of view are undoubtedly very well worth checking out.

I really hope it will be release soon im looking forward to it and also the story about Keitaro and friends i wish theres more because i already finish playing patch 2.2 i hope theres more…

And Thank you to the developers and working hard for it

For me the best route is natsumi I really like his story his so cute I hope i will see him in the scout master season.

I can’t wait to play scout master season hope it will be released soon and thankyou for the hard work of our developers keep up the good work.

anyways, sorry if anyone took this as an offense ;-;
most ppl find my comments offensive for some reason

camp buddy is literally the best thing that’s happened to me so far in life, i wish for upcoming updates for this idea many fans have been suggesting
i also wish for this series to never end till the day i die; its helped me do something productive in life.
i’ve been listening to this —-> ( https://www.youtube.com/watch?v=ow1DVK1O3Qw ) ever since

how did i find out about camp buddy exactly and how has it improved my life??? o-o
————————————————————————————————————————–
my friend recently suggested this visual novel – which was his most favourite one out there
he knew i felt sad and depressed; he also found out that i just wanted to give up in life
i’m probably just being dramatic, but life sure is stressful! xD
after finishing camp buddy… i have found a reason to live life better
yoichi’s route is what i can relate to most, that’s the main reason why i love camp buddy
i’ve gotten extremely attatched to this visual novel despite being a girl myself

small ending message!
———————————–
thank you so much for creating camp buddy! you don’t know how much this visual novel means to me. i hope you guys continue every story for each character. this probably changed other lives too. knowing that a game like this with a lot of ‘scenes’ changing my life would sound ridiculous. but in reality, it really has changed my life. thank you and i love you guys so much!

don’t I just want to watch keitaro and natsumi together again, you get what i mean right i want a new season where thay are together and they will face new obstacles toghether again

Felix and Seto route next maybe ? I can’t wait to see what’s next with the game !

I still want a Felix route

is there a release date?

Are there plans for season 2 of the original bunch of characters?^^

yoichi season 2 route for the bad ending and perfect ending :)))

I hope you add Naoto’s route even as a DLC after the initial launch of the game.

So is this a new update to the original game or and new game altogether?

sorry but can we have a kieran route please

Naoto Would be an amazing route pls!!!

What, there isn’t a Yoshi route? ?

No no you play as yoshi

Don’t know if you already thought of it. Side Routes: Yoshinori X Taiga/Yoichi.

I just played the demo and its wonderful! The art is amazing and the animations run a lot smoother and look better.
I also really love the flashbacks to their times as scouts as well.
However there are a few things I feel could be improved and some questions about the game.
1. I don’t love the text, it looks very typewriter-esc and it throws me of a bit.
2. The text also appears all at once, I liked in the previous game when the text would slowly flow in. As it got me more immersed in the story.

I’m wondering if Naoto will appear? He was very prominent in Natsumis route and foreshadowed that he would be a scoutmaster here.
I was also wondering if we will have an option to state which route we played previously as it could affect Keitaro coming to see Taiga or Yoichi who are living at the camp off season. If this isnt an option, I feel it should be consisted as it could improve the game.

when is the full version coming out

Just started playing the demo, it looks amazing…. can’t wait till the final game is out!

are you using mac or pc? pleae answer and pleas3 tell me how can i play it, i just downloaded the zip file of the demo and then what am i gonna do?

when is the demo coming out

AHH! WE NEED A FELIX ROUTE!

Any update on when the demo is being released this month? I’m so excited for it!